“Life is what happens when you’re making other plans,” has never been more true than this year.

I was in Denver last week to attend a five-day photography workshop in Rocky Mountain National Park, capturing fall color and wildlife under the direction of a professional photographer. I’d also visit my daughter Rachel and get in a run with my niece Robin, who’d just moved to Denver. It promised to be a really good time. I even bought a new camera for it.

Eighteen-hours of driving later, I arrived at my daughter’s place and got some lessons in the basics from one of her friends, also a professional photographer. I wanted to be familiar with manual mode for tricky lighting or for special effects. I was armed and dangerous, ready to start clicking that shutter.

And then a message from the instructor appeared on the workshop’s Meetup page. He was sick. A followup call confirmed it. He had flu-like symptoms and was on his way to the hospital. The workshop was officially cancelled.

What to do? I called the other attendees, who said they were going ahead with shooting in the park, and they invited me to join them. I thanked them but decided to do my own thing instead. Without the expert instruction, spending five days in the park didn’t seem all that attractive anymore. But I do love Estes Park so I spent an afternoon there practicing with my new toy. And I got in that run with Robin, and Rachel joined us too!

The following photos were taken with my new (used) Olympus E-M10 Mark III, at various aperture, shutter speed, and ISO settings. I didn’t crop or edit these photos, except where really needed. I’m not claiming any of these to be good; I was just playing around, learning what this camera can do. But I’m hoping you might find them interesting.

These shots were taken at a park in Denver. You can see the effect of aperture here. Low F-stop (large opening) means things close up in focus, while large F-stop (smaller opening) brings everything in focus. 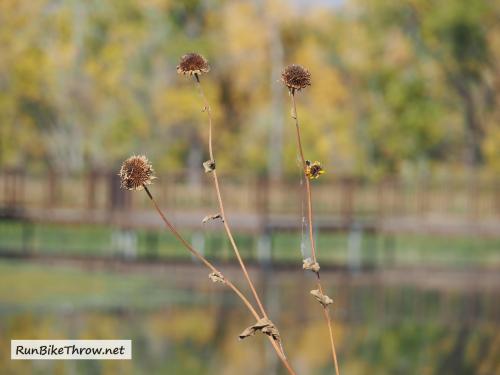 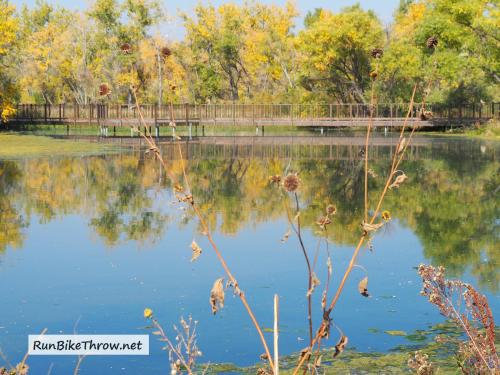 In Estes Park, along with experimenting with exposures, I worked on the four basic elements – line, color, pattern, and texture.

These were studies in “line”: 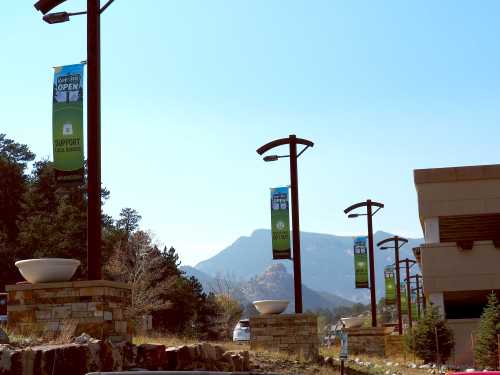 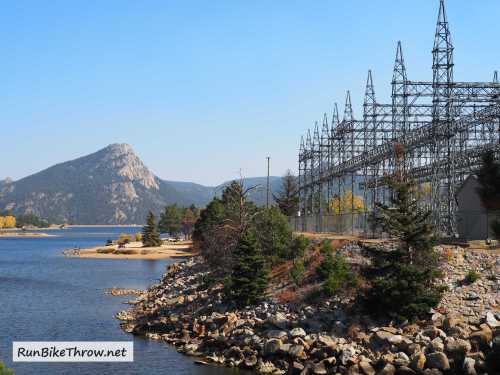 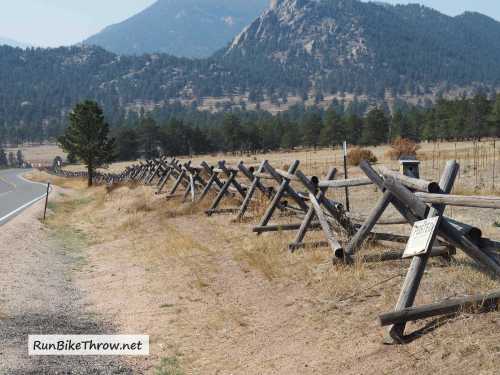 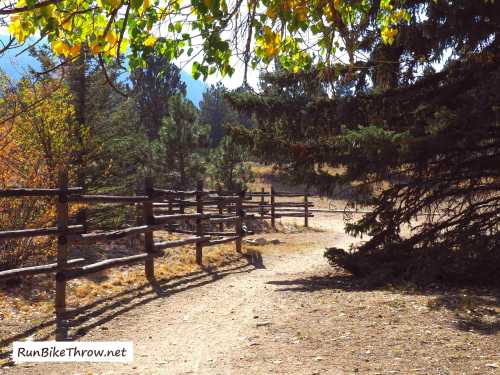 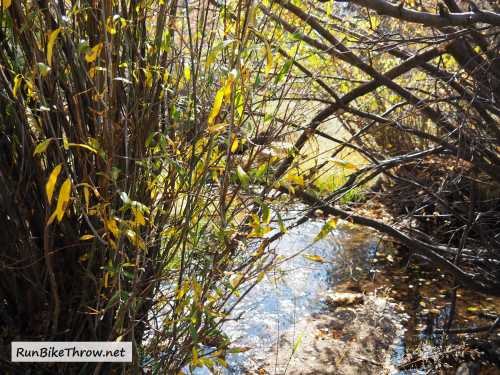 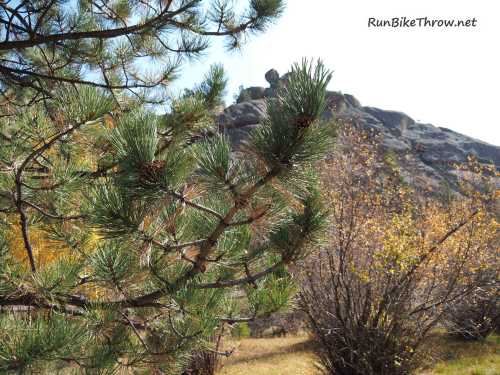 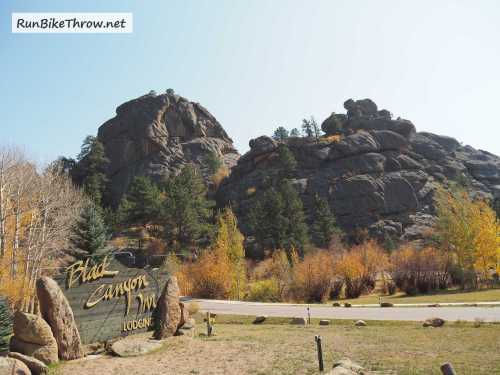 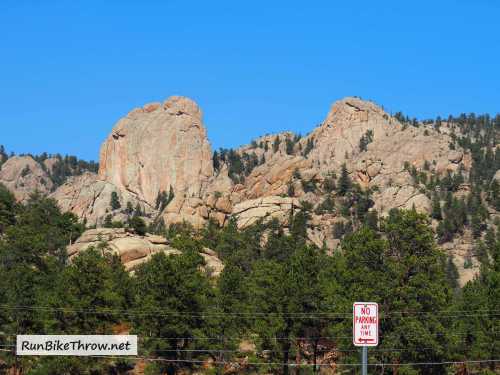 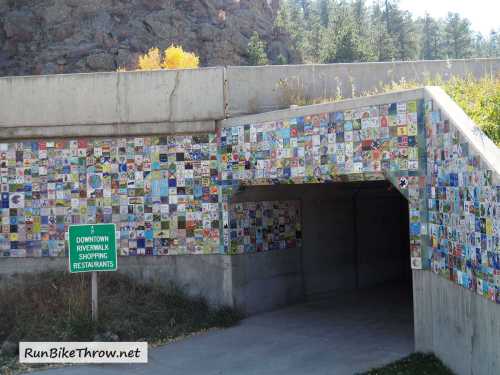 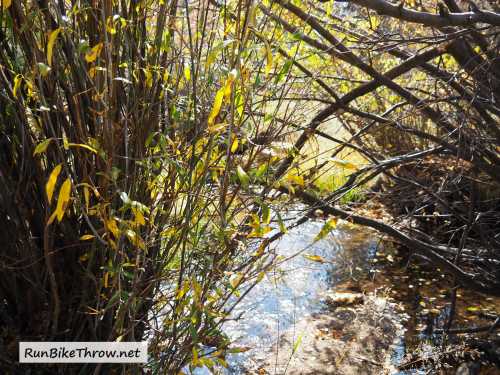 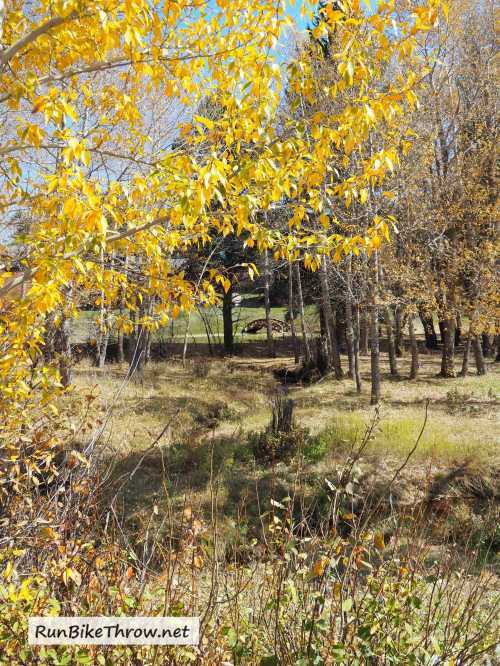 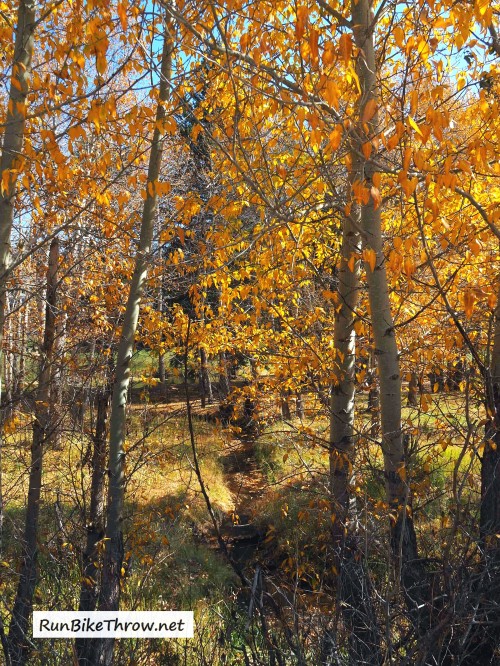 And this one was for color. Notice that every color of the rainbow is represented in the photo. 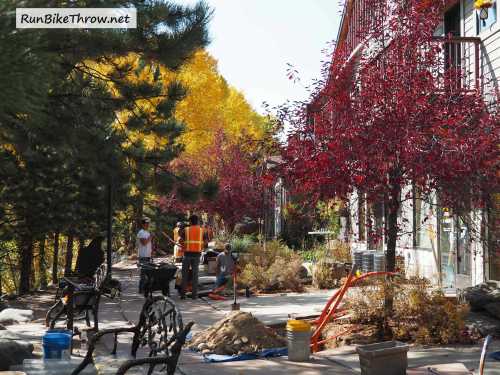 Behind coffee shop. (Colors not retouched.)

Later this month I’m off to the U.S. Trail Running Conference in Fayetteville, Arkansas. Warm weather and great trails. Looking forward to some good running and more opportunities to use the new camera!