Last week I took part in the Ann Arbor Ride of Silence, a three-mile group bike ride through the downtown commemorating the five cyclists killed and four injured in Kalamazoo earlier this month. The mood was very similar to the “Boston Strong” group run in 2013; subdued, but with a strong undercurrent of positive energy as the community came together in support. 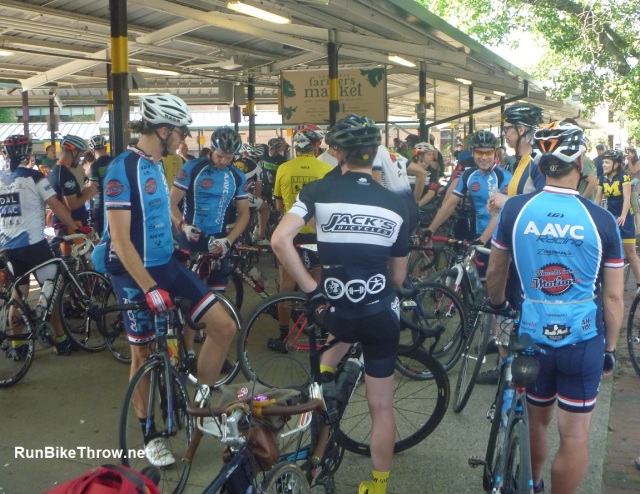 Tim Potter, the race organizer, told me the turnout was far higher than he expected. By my rough count, there were over two hundred cyclists. Ann Arbor mayor Christopher Taylor was there, and spoke briefly about the need for drivers and cyclists to share the road safely. 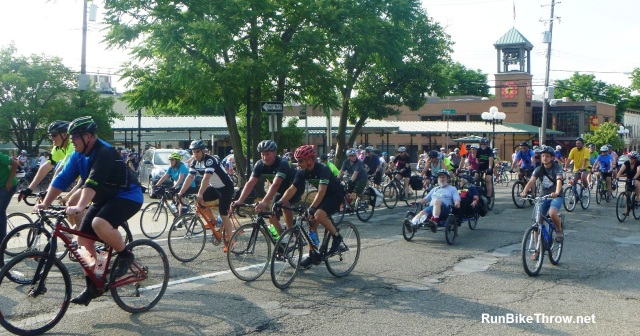 We had a police escort, but even so the route presented a challenge, both to the cyclists and the drivers downtown during rush hour. The size of the group meant that it took over five minutes to pass through the intersections, and I’m sure many drivers felt inconvenienced as a result. I felt bad about that, but not enough to quit the ride. The nine riders in Kalamazoo struck by an out-of-control pickup truck were inconvenienced permanently.

You can read more about the reason for the ride here. And here you can read a letter of thanks from a Kalamazoo cyclist that Tim read out loud. 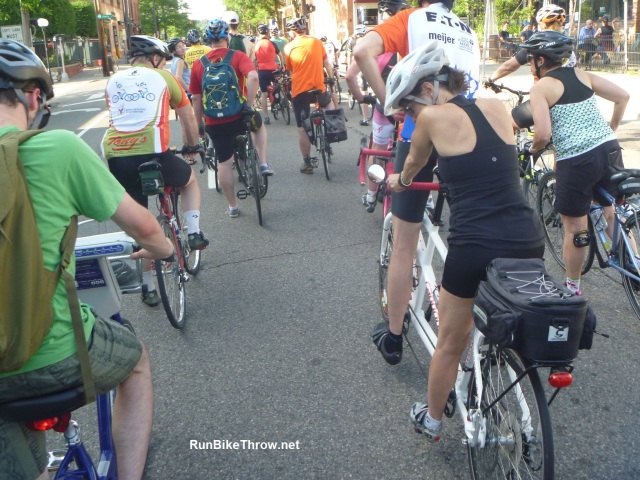 And now I must editorialize.

Reading the articles about the ride on MLive, I was surprised at the number of negative comments. Some of them questioned the need or ‘purpose’ of the ride. And some adopted the ‘blame the victim’ angle by criticizing cyclists in general for breaking traffic laws, e.g. riding through stop signs. Yes, some of that happens.

But the Kalamazoo cyclists were doing nothing wrong. What happened to them was entirely the fault of someone who’d decided that society’s rules about driving responsibly didn’t apply to him. If the victims had been in another car (he’d sideswiped at least one) or pedestrians (he just missed a guy coming out of a store), no one would be talking about how “that group” was to blame in any way. This anti-cyclist attitude concerns me. Why does it have to be seen as “us versus them”?

I ride over a thousand miles a year, so far without trouble. I do my best to be visible and to obey traffic laws. And yet I’ve been buzzed by cars and startled by people who think it’s funny to yell insults or bark like a dog as they roar by. I also know people who think that cyclists don’t belong on the road at all, and have told me how annoyed they get with those damn bikers getting in their way.

But cyclists have a right to the road in Michigan; it’s the law. And they deserve to have drivers treat them with the same respect as they would other vehicles on the road. That includes defensive driving principles that we all learned in driver’s ed. Slow down and give the cyclist a little space. And be sober when you get behind the wheel. Is that too much to ask?

I will continue to ride the roads. And I encourage anyone to take up cycling. It’s good for you. Ride strong, Kalamazoo, Ann Arbor, and everyone.