While my wife is at home for several weeks recovering from abdominal surgery, we’re making some overdue upgrades to our house and our lifestyles. In this series of posts I’m sharing these changes with my readers.

Two weeks after her surgery, my wife surprised me by uttering a phrase I never thought I’d hear from her:

“It’s so nice to be able to eat salad again.”

For about the first twenty years of our marriage, our eating habits followed what is these days dubbed the Standard American Diet. Yes, it’s “SAD” for good reasons. It tends to be heavy on processed foods, highly refined flour, sugar, and saturated fat. (Wendy’s Spicy Chicken Sandwich and Frosty, anyone?)

We had our excuses. As young upcoming professionals (does anyone remember the term “Yuppies”?) we didn’t have time to cook for ourselves. Nor the inclination. As software engineers we spent our mental energy slinging code, not hash. And when we got home all we wanted to do was stuff something in our faces and go to bed. (Or stay up and watch Doctor Who, but I digress.)

Our upbringing didn’t help with this attitude. Both of us grew up in a standard suburban setting, with meals home-cooked by our moms. Unfortunately, it was an era of well-done everything, especially vegetables, which were often cooked to mush. For years I thought spinach only came in bricks doused with vinegar.

Salad? That was iceberg lettuce with carrots, radishes (yuck), and other raw stuff which needed to be bathed with thick, fat-filled dressing to be even palatable. Pass the steak and tater tots, please.

I’m not complaining; it’s the way it was, and we didn’t expect any different. But as adults free to eat as we pleased, we did exactly that.

Then things began to change. Having kids was one motivator. Finding ways to get them to eat their veggies required creativity, like incorporating them into pasta sauces and making stir-fries. We switched to whole-wheat bread and reduced-fat milk. We began watching cooking shows and picking up ideas. Still, we relied on convenience (i.e. tasty but not very nutritious) much of the time.

We also gradually became aware of the damage the SAD could do to our bodies. My wife struggled with her weight. I was physically active even back then, but I too was starting to notice some thickness around the waist. So we responded the way a couple of highly intelligent, problem-solving engineers would: 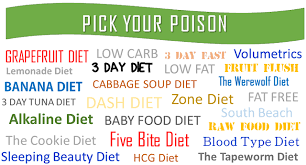 We tried South Beach for starters, then another variant of low-carb. I remember one week in particular where I decided to give up bread and sugar, substituting lettuce wraps and unsweetened cocoa in milk. After three days all I could think about was when I was going to eat next. As a long-term solution, the fads were hopeless.

Our diet direction was positive, however, Through gradual adaptation and some trial and error, we exchanged our poor eating habits for better ones. More fresh vegetables and fruit. Whole grains. Reduced fat in baked goods. And we began to choose organic food over conventional.

And salads? Who knew they could taste good?

By this year, our sordid food past was well behind us. My wife began consulting with a nutritionist to analyze her eating habits and make suggestions on further improvements. I signed up too, figuring that improving my nutrition could help make me a better runner.

And then, routine medical screenings discovered two types of cancer in her. Surgery was required. The good news was her improved eating habits and physical training prepared her well for the ordeal, and have contributed to a so far smooth recovery.

The “bad” part? Guess what her diet had to be for the first few weeks afterward? Yes. Easy to digest stuff. That meant white bread and white rice, vegetables and fruit cooked to death, and other refined products. Except for no fried food, it was the SAD! I felt guilty just shopping for it.

There’s a significant difference between now and back then, however. Neither of us longs for the bad old days any more. We’ve lost our taste for the SAD, and my wife couldn’t wait to start her “new normal” eating again. And thus her quote when she was once again able to eat a salad.

Coming up: What did the consultation with the nutritionist reveal? I’ll share the data with you all.