Some Good News for Runners

Good news, folks! If you’re thinking about getting into running but worried about the impact on your body, or that you’re too old to get the benefits, here are some news items you will find encouraging.

If you’re already a runner, congratulations and keep it up! I think you’ll appreciate the articles below as much as I did.

It’s never too late to start.

Excerpt (underline mine): University of Pittsburgh researchers found that aerobic exercise of any kind, including running, actually increased the size of the hippocampus — the brain’s seat of learning and memory — in middle-aged participants, leading to improvements in memory function and spatial recall. Aerobic exercise, the study’s co-authors wrote, effectively reversed age-related loss in the hippocampus by one to two years…
Read the entire article: http://www.nextavenue.org/article/2012-06/why-its-never-too-late-start-running

And your knees will be just fine – even better! 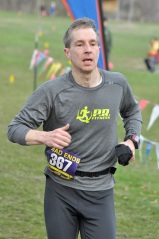 According to the journal Medicine & Science in Sports & Exercise, running does not promote arthritis in the knees and hips – it actually helps them. Data from 90,000 runners and walkers showed that running is actually less likely to cause osteoarthritis or hip replacement than walking.
Read more here: http://www.runnersworld.com/race-training/12-reasons-its-great-to-be-a-runner

Older runners still rock it out.

Excerpt: Researchers at the University of New Hampshire and other institutions recruited 51 competitive runners, ranging in age from 18 to 77…Their goal was to assess running economy, a measure of how much oxygen someone uses to run at a certain pace…[The] researchers had assumed that runners past age 60 would be less economical than youthful athletes, since older runners, as a group, are slower than younger ones. But…the runners 60 and older were just as physiologically economical as younger runners, even those in their 20s and 30s.

“It was quite a surprise,” said Timothy Quinn, lead author of the study. “[C]ontrary to our expectations, economy did not decline with age.” The results are encouraging for older runners, he continued, suggesting that aging lungs and leg muscles have no trouble using oxygen efficiently, and that older runners can still be fast.
Read the full article here: http://well.blogs.nytimes.com/2011/12/21/for-older-runners-good-news-and-bad/

And all that coffee is GOOD for you!

Coffee, apparently, helps muscles recover more quickly after hard exercise. A study found that the equivalent of two strong 8-ounce cups of coffee two hours before a race increased anti-inflammatory substances in the body during and after a 15K race. (The effect on pre-race visits to the bathroom were not released.)

I pull a shot in my espresso class (which I took to improve my running, of course)

A couple of personal notes: Shell out for the good stuff. Stay away from the RCOD(*) and the like. Life’s too short for crappy coffee, even if you do live longer by running. But stay away from the sugar and fat-loaded specialty drinks (and if you even think about using “non-dairy creamer” I will reach through the screen and smack you).

Have I covered all your excuses yet?

Sorry, that doesn’t fly either. As long as you dress properly, winter running can be just as enjoyable and good for you as in the warmer weather. Check out one of my past posts if you’re not convinced. Or stay tuned for my recap of last week’s Bigfoot Snowshoe Race. Just waiting on a couple of photos I ordered.

So see you out there!