As a forward-looking guy, I’m more interested in what I’m doing and learning now, and training for events to come. But readers who joined me during the year (thank you, thank you!) may not be fully aware of everything I’d planned for, and did, during 2012. So, in a nutshell, here’s what I’d set for myself to accomplish last year, and how it worked out.

The idea to do something special at age 50 began in 2007 as a “500 at 50” bike trip, in which I would ride from home to our campground near the Sleeping Bear Dunes and back (500 miles) in the summer of 2012. As I continued to train and get in better shape, however, I thought of other things I could do to celebrate being 50, and gradually the plan developed for all the 50-related goals in 2012 – including creating a blog to tell the story.

In addition to the bike trip and a total running/cycling goal of 2,500 miles (50×50), I set monthly targets in the various activities and hobbies I pursue.

Calisthenics (January):  I kicked off 2012 with a modest goal of 50 pushups per day in January, and despite getting a cold a couple of weeks in, made the goal. A good start!

Cooking (February & March) – This part didn’t work out so well. My initial goal was to cook 50 new recipes in February. I didn’t get near that number, even when I extended it to March. A key certification effort at work meant I didn’t have the time or energy to get there. On the plus side, I created or found some recipes that became family favorites. Later in the year I tried out a few new truffle flavors, too. My experience with durian in December was less pleasant, but a learning experience nonetheless. 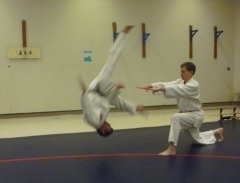 Aikido (April, July) – Goal: attend 50 classes in one month. I chose April because the big push at work was over, and it wouldn’t be too hot in the dojo (our school doesn’t believe in air conditioning). By attending my regular Rec & Ed classes and getting in lots of extra training at the main dojo, I wound up with 55 for the month. We celebrated by doing 55 pushups at the end of the final class. 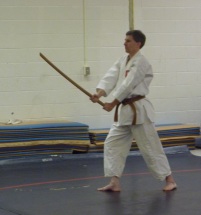 In July my goal was buki (wooden weapons) practice in increasing sets of 50. So at the end of the month I was doing 200 sword strikes per day. I think I improved my technique as a result, although I’ve been told it takes 1,000 strikes per day to get really good.

Cycling (May, August) – The August “500 at 50” bike trip was the main event, but I wanted to get some serious BIS (butt-in-saddle) time before then. I decided on some all-weekend rides in May, with the goal of visiting 50 small towns during the month. Town #50 was Honor, which I reached during our Memorial Day weekend trip up north.

The August 500-mile trip wound up being 600 miles due to back roads (and getting lost a couple of times), and despite some unexpected detours and riding an entire day in the rain, made it there and back on schedule, meeting a number of wonderful people and eating a lot of cookies and scones along the way. You can read about it here. 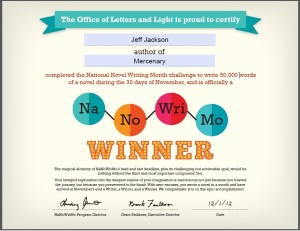 Writing (November) – November was National Novel Writing Month (fondly known among writers as NaNoWriMo), whose annual challenge is to write a novel of at least 50,000 words during the month (how convenient!). I selected a story idea that had been bouncing around in my head for a couple of years, and finally put electrons to it. I got over the 50,000 word mark with a day to spare. Now comes the fun part – completing it, then edit, revise, and repeat. 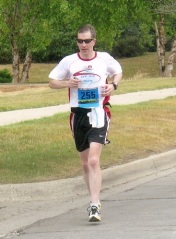 Running (year round) – Wow. When did I turn into a runner? My count shows 20 races from December 2011 to December 2012, with age group awards in 12 of them, a PR (personal record) in every distance, and a finish under 20:00 in a 5K, something I’d been working toward for two years. I also set a distance PR by running a 50K (31.2 miles) ultramarathon at Run Woodstock in September (and did something else for the first time that you can read about here). And you couldn’t ask for better support than my coach, Marie, and the wonderful folks who run with PR Fitness.

You may have noticed that not every month is covered. June was the Dexter-Ann Arbor half marathon and the Ann Arbor Marathon, so I figured that was enough to go on. October I just couldn’t think of anything, so I let it go. (That was the best part of this whole thing. My year, my rules!)