IT BEGAN WITH A STOMACHACHE.

I was working at a recent race, managing the Zero Waste program as usual. This is a very active job – lifting, moving things around and such, but mainly a lot of walking from place to place. And as typically happens at such races, I got hungry, early and often.

The food provided to the athletes is available to race workers, but I don’t want to rely on it or overdo it. So I brought along a large bowl of oatmeal with pecans, hoping it would sustain me a while. It did, until the cooking table started up and I was offered “taste tests” of the breakfast burrito. And a pancake. And boxes of cookies lay in plain sight, begging to be consumed. And ice cream, and so on. All par for the course, except on a warm day I was washing everything down with coffee instead of water.

Things did not end well. 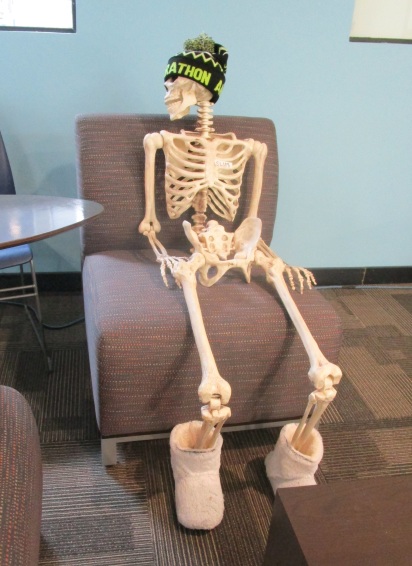 So I lost my water bottle at mile 15 and it was a cupless race, you see…

By early afternoon my digestive system was in full revolt, and with cleanup and takedown left to do, there was nothing to do but gut it out. (I’ll stop with the puns now, as I’m guessing you don’t have the stomach for it.) Things settled down that evening, but the next day I ate very simply and drank only water. And again the next day. I stuck to basic foods, with nothing processed.

I felt fine, not even feeling any cravings, so I wondered if I could go an entire week this way. That’s right – no pastries, no chocolate, nothing with added sugar. And I did. I even made it through my weekly D&D game and Saturday long run this way, breaking my sugar-fast on Sunday in style with part of a whiskey-chocolate fig from Grocer’s Daughter.

From their Facebook page. The photo does not do it justice.

This brief foray into a sugarless diet was far different from the first time I tried it several years ago. I’d accepted a “challenge” by a fellow blogger who wondered if his readers could go a month without any sugary foods. I’d tried, but after only a few days I’d given it up, explaining that “I missed my chocolate.” I accepted his ridicule because, well, I had my chocolate to console me. This time all went smoothly. 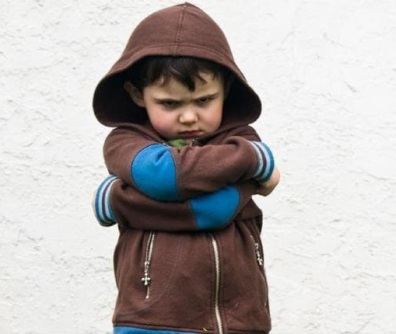 I WON’T give up chocolate! You can’t MAKE ME!

What made the difference? I think mainly the source of the challenge. The first had been for a month, not a week, but I’d quit so fast I’m not sure that mattered. Rather, it was its external nature. The motivation was extrinsic – sugar is bad, so stop eating it at all – an attitude that didn’t resonate with me anyway. I had no incentive to stick it out, other than the praise of someone I didn’t even know.

This time the challenge was internal. No one put me up to it, or even suggested it. From just wanting to recover from my digestive fiasco, it turned into an experiment to find out how I could fare without my usual junk foods. It was a personal test, similar to how many pushups I can do or how far I can run. Instead of a burden, it was interesting and fun.

I also noticed that week that I didn’t miss the sugar itself. Rather, I missed the habit of eating it. Mid-morning coffee didn’t feel the same without a piece of chocolate or sugary snack to go with it. Fruit or savory snacks proved acceptable substitutes, or even going without. How about that?

And yet, with that week over, I’m back to eating the things I enjoy, whether or not they contain sugar. As a small part of an otherwise balanced and healthy diet. It’s nice to know, however, that I am not addicted to sugar or dependent upon it.

Although I refuse to give up chocolate.

Posted in Life Liberty and Pursuit of Happiness

A Strange and Fickle Beast

Last weekend I had an opportunity to run a “fatass” trail race (up to 30 miles) reasonably near where I live. On that morning it was near freezing temperatures, raining, and I had a slightly painful knee that I’d “tweaked” somehow the previous night. Plus I had a 50-miler coming up in a week. So I passed on the fatass, stayed home, and did my taxes.

From last December’s Fatass run. I’m in the bright yellow jacket on the right. I did 21 miles because I had no excuses.

Now, those of you who aren’t ultrarunners, or who don’t know me all that well, are probably saying, “Sensible choice, what’s the issue?” The rest of you have, to a person, who I’ve told this to fully supported my decision.

Despite knowing it was the best choice, I still had some twinges of regret for at least not showing up and giving it a shot.

Because I have run ultras in the cold, and in the rain, and with a bum knee (although not yet all three at once). And enjoyed the experience each time. So I have a certain reputation of “indestructibility” that’s hard to set aside. Plus I just like being around trail runners.

This weekend is the aforementioned 50-miler at McNaughton State Park in Illinois. I arrived Thursday to see off those running the really long distances here, including my friends Kurt (150 miles) and John (200 miles). It was chilly and raining at the 4 p.m. start. The runners were geared up and ready. And no one – runners, race staff, or race director – complained about the weather. 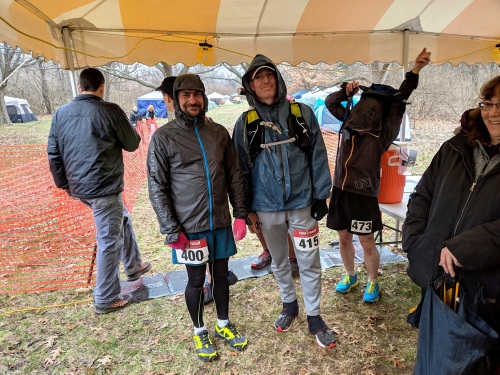 There’s very little fanfare at the start of most ultras. Runners are upbeat but quiet, grabbing a snack, conversing about other ultras, stretching, or jogging a bit to loosen up. Usually no music – that’s for pumping up people at shorter races, like marathons. And the starting “gun” is the race director saying something like, “Get outta here.”

And yet the energy is palpable, a current washing over the entire starting area. I’ve felt it every time, running or not. Watching the runners standing quietly in the queue before the start yesterday, I began twitching, and bouncing on my heels. Mind you, I was grateful not to be starting with them. But part of me was ready to jump in anyway. And had I signed up for that start time, I’d have been there, just as eager as the rest of them to get out on that trail. 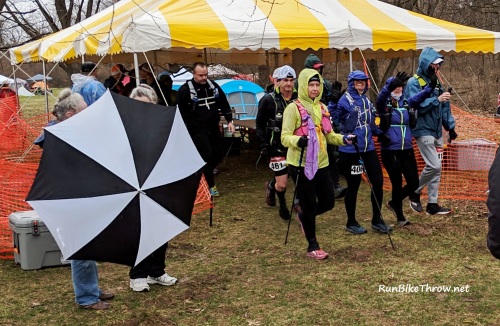 They’re off! (Okay, maybe some are feeling the vibe more than others.)

My race begins early Saturday morning, and it promises to be a great day – sunny, with temperatures in the sixties. I’m really looking forward to it. And I’m only a little disappointed that it won’t be raining.

March Weather Rambles, so I Will Too

The problem with March is that it can’t figure out what it wants to be.

At the start of this month I ran on a sunny morning in Minnesota, temperature -11 degrees F. Here’s what I wore on that run – and yes, I wore EVERY article pictured. 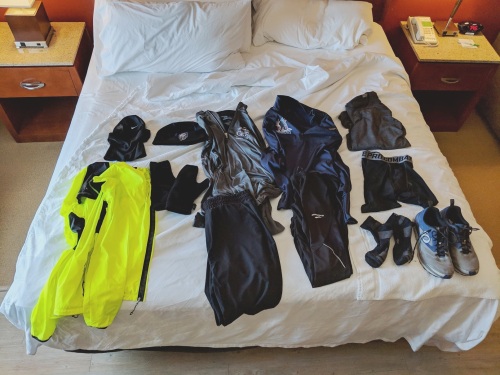 In like a lion, out like a lamb? This year it was more like, “In like a polar bear, go through every creature in the zoo, and on the last day it snatches the lamb away (PSYCH!) and back comes the bear.” 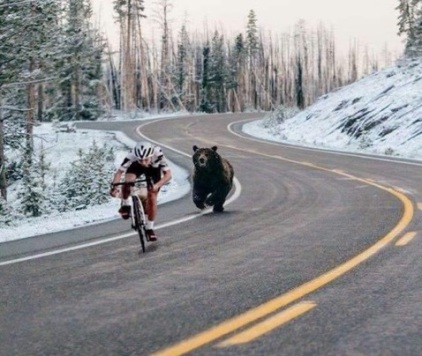 Help! March is chasing me!

Then last Friday I ran in shorts and a single T-shirt. Spring was coming. Life was good! Saturday it rained, then snowed, and today (Sunday, March 31) it was back to winter.

I was so discouraged…I gave up a Saturday trail run to do my taxes. 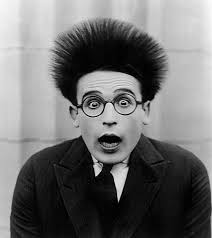 But some good things happened in March. Two PR Run Club members, Jason and Hirak, were awarded U.S. citizenship! The club threw a little party for them yesterday. 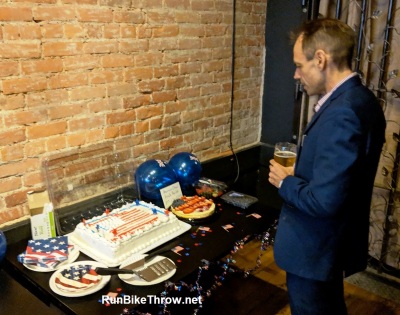 Jason contemplates what he’s just accomplished. Or what a wicked good cake that is.

Jason runs the club’s interval training Thursday afternoons. I’ve been able to avoid them, hiding behind my ultra training. But as I’ll be working on my shorter distances this year, I get the feeling I’ll be joining them. It’s good for me. At least that’s what I’ll tell myself. 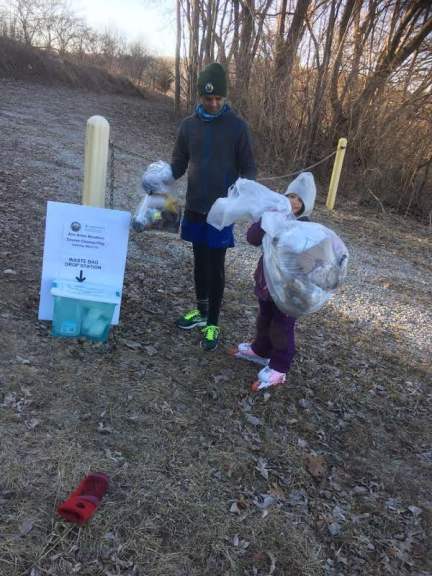 Hirak organizes a 6-mile run every Wednesday at 6 a.m. Which I’m a regular at. After all, why just run in the cold when you can in darkness, too? While sometimes we have up to six people, sometimes, like with this week, it was just Hirak and me, and his dog Ashoka. (Bonus points if you are familiar with that name.)

And hope lies ahead. Next weekend is the Potawatomi Trail 50 in Illinois, and the forecast is for dry weather with temps in the 60s.

And my taxes are done!

Need Inspiration? AI Has the “Answer” 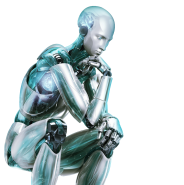 The twenty-first century face of motivation and inspiration has arrived, and it’s not a human one.

It appears artificial intelligence (AI) has quietly reached a new level, to where it can generate inspirational messages tailored to you – without you telling it anything about yourself.

I know, you’re skeptical, as was I. After all, what computer can compete with this? 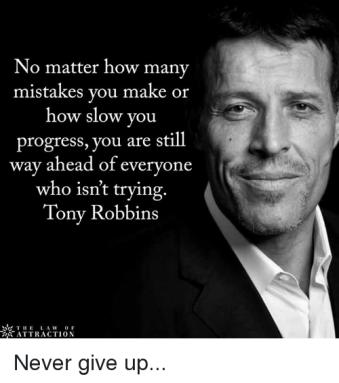 But recently one of the fitness blogs I follow posted about a visit to InspiroBot, a motivational quote-generating website. For them it generated this message: 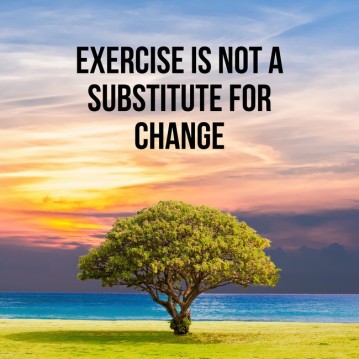 Can’t argue with this! Bodybuilding can make you stronger, but it doesn’t necessarily lead you to do anything productive with the stronger body. Basically, it’s saying endless repetition of something won’t create change. Or at least it can be interpreted that way. YMMV. [1]

Well, I’m always on the lookout for good inspiration. Running is a great stress reliever, and long runs provide an atmosphere for self-reflection, but it isn’t a change agent. For that I need the “spark” of something profound.

So I went to the InspiroBot website, and without telling it anything whatever about myself, I clicked the “Generate” button.

And this is what I got: 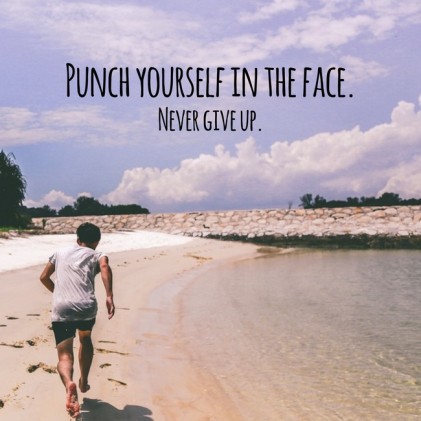 Admit it, doesn’t this beat Tony? Attention-grabbing, outside-the-goalposts thinking, plastered on a photo of someone running along a beach. Perfectly suited for an ultrarunner.

Outside of a simple coincidence (borrr-ing!) I can think of a few somewhat plausible explanations:

Okay, so my twisted mind found a way to make it applicable. But did it work? Was I inspired to do something as a result? Yep! It inspired me to write this!

As for boxing with self, I’m trying to figure out the context. If I’m in the middle of a 100-mile ultra and find my body and spirit flagging, should I punch myself in the face to keep going? Or am I to self-apply a good right cross before I hit the “Sign Up” for said 100-mile ultra? I’ll keep you posted.

Are you inspired to visit InspiroBot? If you do, let me know what it generates for you!

[2]  Are we sure continuing to pursue AI is a good idea? Check out Frederic Brown’s classic short story about creating the ultimate computer (hence the tie-in with this post’s title).

Posted in Life Liberty and Pursuit of Happiness, Running & Cycling