BACK HOME after a week-plus of vacation at our campground near Empire. Too short as usual, but it provided a number of surprises. Here are the top five.

1. I bought non-running clothes. No, really. And not at a thrift shop. Actual new blue jeans (2 pairs even), purchased at an actual retail store. My daughter was so shocked she took to bed with a headache. (When I told her they were on sale for $7.50 she recovered somewhat.) 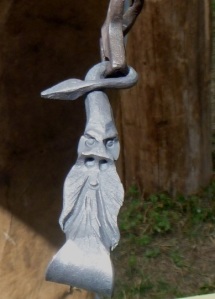 2. A blacksmith at the Port Oneida Fair made this wizard bottle opener while we watched. Artistic and functional. What more could you ask for? Naturally, I bought it, even though it cost more than both pairs of jeans.

3. Saturday morning I went to the village of Beulah to run on the Betsie Valley Trail, only to encounter a stream of runners and large crowd of spectators. Turns out that every August they hold a relay marathon, where teams of five take turns running around Crystal Lake. It’s on my list for 2014. 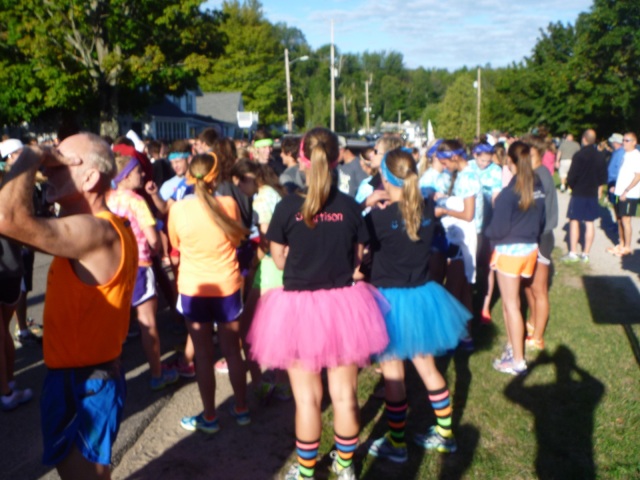 4. My run was supposed to be 15-16 miles, but I stretched it a bit to get to the Frankfort Farmer’s Market and my favorite scone makers. They were out of chocolate chip scones (Nooooooooo!) but I had a very nice pumpkin-pecan one instead, and an excellent date-oatmeal bar. I’ll be back.

5. This morning I snuck in a last bike ride to serve as my “recovery run” from yesterday’s 19.3 mile effort. The ride began with a steep hill, which is tough even on fresh legs, so I was a bit worried. But I cruised up and over in a much higher gear than usual. I was really surprised how strong my legs felt. This training thing might actually be working!