OH, WHAT A QUIRKY YEAR I’D PLANNED. But as Burns says about “best laid plans” it looks like my “year of doing quirky stuff” has been postponed.

My schedule for 2017 originally included some out of the ordinary events. Nothing totally nuts, like skiing off Everest, just stuff I normally do with a twist or two added. And yet one by one, they had to come off this year’s calendar. Here for your reading amusement are some of the things that didn’t work out.

This is a 100-mile footrace, of which there are many these days. What makes this one special is that it takes place entirely within New York City. Think of it as a 24-hour sightseeing trip on foot.

With a strict limit on the number of runners, I made a note in my planner for the day registration opened. But I didn’t check my planner until late that day. Oops! Went to the website, and – sold out. I put my name on the waitlist and hoped for the best.

But as I was commiserating with my running coach, he told me about a brand new ultra in northern Michigan. Did a quick search and came up with the Lighthouse 100 – Petoskey through Traverse City and up to the lighthouse on the Old Mission Peninsula. Signed up right then! 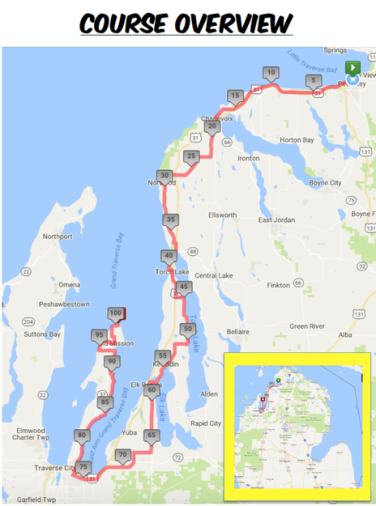 In sort of mixed news, I recently got an email from the TGNY race director. A spot had opened up! I had to decline, as Lighthouse and TGNY are only one week apart, but told him I’d be trying again next year. And I’ll know what 100 miles on pavement feels like. 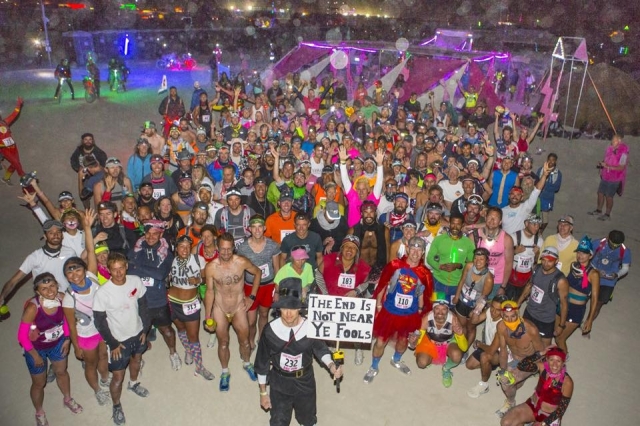 This was going to be my highlight for the year – a trip to the planet’s largest and most famous self-expression festival, with a 50K thrown in. My daughter Rachel, who knows several “Burners,” was dumbfounded, which by itself was worth it. Not often I can surprise her.

Registering is a multi-stage process, and I dutifully followed each step – until the day came to buy tickets. I did remember this time, but got caught in a meeting. Still, I got to the website less than an hour after the window opened. And guess what? 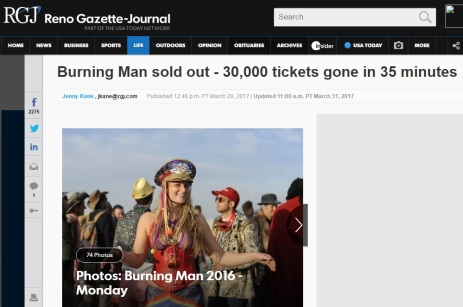 There are a couple more ways to get in at “last-minute” or exchange sales, but I decided not to try. Burning Man, with its emphasis on self-sufficiency in the desert, is not a place to make plans at the last minute, or just to wing it. So, next year.

“Beat the Blerch” Marathon in Seattle

I thought this might be a fun family activity. Two identical marathons, one Saturday and one Sunday, with cake at aid stations, couches along the way, and featuring The Oatmeal, one of Rachel’s favorite comics. Plus there was plenty of time to sign up. 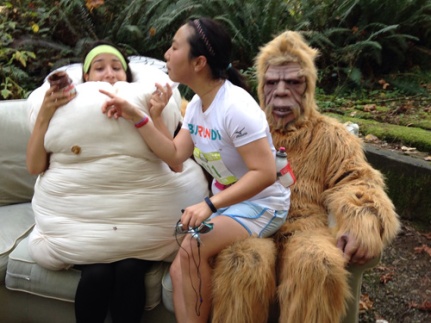 So what happened? A new job for my daughter which severely limits her time off for a while. Plus it’s a long way to Seattle, and an expensive place to visit. So that too got put on the “back burner.”

The WNBR – Portland, OR

What is the WNBR, you may ask? It’s a bike ride. Just that, an ordinary group bike ride through Portland on a fine June evening. Its purpose is to promote bicycle safety and awareness, which are so important given the number of vehicle-bicycle accidents each year. It also protests all the emissions we produce from fossil-fuel burning transportation. Stuff we can all get behind, right?

What makes this quirky? Well, it being a warm evening and all, most people don’t wear a lot of clothing. In fact, many wear nothing at all. Here’s a (more or less) SFW photo. (There’s lots more on the Internet should you care to do further research.)

And just so you know, I didn’t go searching for this. I became aware of the WNBR from a Portland native, who basically dared me to do it. So it’s a matter of pride.

And yet fate intervened, in this case my new business, which is doing very well. In fact, I was asked to manage an event that weekend back here in Michigan. Adding to that, the friends we’d planned to visit there were invited on a tubing trip that week. Again, there’s always next year.

But I’ve gotten in at least one quirky thing recently. My daughter Tori got married over the weekend. It was a Harry Potter themed wedding – and look who crashed the rehearsal. One more glorious opportunity to surprise my kids! 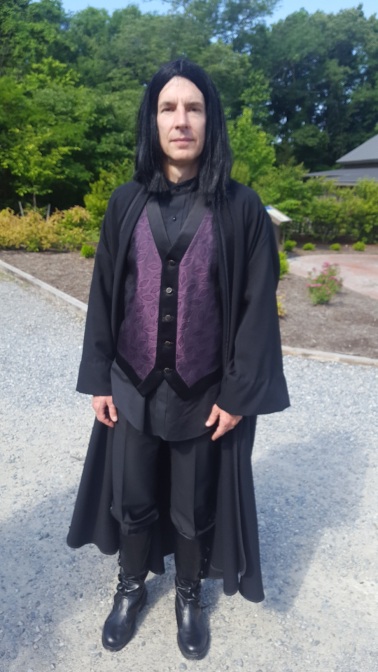